This BLOG is for LLNL present and past employees, friends of LLNL and anyone impacted by the privatization of the Lab to express their opinions and expose the waste, wrongdoing and any kind of injustice against employees and taxpayers by LLNS/DOE/NNSA. The opinions stated are personal opinions. Therefore, The BLOG author may or may not agree with them before making the decision to post them. Comments not conforming to BLOG rules are deleted. Blog author serves as a moderator. For new topics or suggestions, email jlscoob5@gmail.com

Roughly one year ago, Jianyu Huang, a former employee of Sandia National Labs was charged with multiple counts of federal contract fraud allegedly committed during his employment by Sandia. The Albuquerque Journal reported on June 6, 2012:

“The indictment says Huang on five separate occasions between January 2009 and this February sold at least $25,000 worth of “equipment, materials, the time and work product of (Sandia) staff, and intangible property, including the right to determine what work is performed at (Sandia,) and Sandia’s proprietary interest in intellectual property developed” at the labs.”

“The sixth count in the indictment alleges Huang lied to a Sandia counterintelligence officer, whom he told he would not take a lab-owned laptop computer with him on a trip to China last July. The indictment says Huang took the Sandia laptop on that trip.”
(http://www.abqjournal.com/main/2012/06/06/abqnewsseeker/updated-ex-sandia-scientist-pleads-not-guilty-to-stealing-data.html)

But on May 15, 2013, the Assistant U.S. attorney, Jonathon M. Gerson, filed a “Motion for entry of stipulated protective order” that states:

“This case involves “Restricted Data,” “Formerly Restricted Data,” and other information that has been classified in the interest of the national security and subject to the provisions of CIPA.”

So what is going on?

How could the trial of a person without “access to classified national security information” involve “Restricted Data” and “Formerly Restricted Data”?
By scooby at May 21, 2013

National security information is information classified by executive order that has been identified specifically as needing to be protected in the national interest.

Who knows, who cares? I'm sure he f'ed up majorly in some way. DOE and CI aren't out to fight imaginary battles, they have enough real ones to deal with.

Its the same deal with Wen Ho Lee. They couldn't prove in a court of law that he sold the Reds secrets, just like they couldn't prove OJ Simpson killed his wife. But we all know he did it, so they went to town on related charges.

"How could the trial of a person without “access to classified national security information” involve “Restricted Data” and “Formerly Restricted Data”? "

In this case, "access" means having a clearance (i.e., "access authorization" in government speak), not necessarily actual possession or knowledge of classified data. If the guy was exposed to or obtained classified data without an appropriate clearance, then presumably the trial will "involve" that classified data.

But we all know he did it, so they went to town on related charges.

How do you know?

Just the theft element would get the guy a fine or some years in prison. If they have an espionage element to the case, even garden variety industrial espionage and export control violations, that will lead to more years to his prison sentence. Either way he deserves to rot in hell.

What is this Sandia that you speak of? Only LANL has a culture problem and is the problem, all other labs are pure. L

When Anxiety Becomes a Disorder

When Anxiety Becomes a Disorder Some will claim they have an anxiety disorder, but they may end up having everyday anxiety. On the other h... 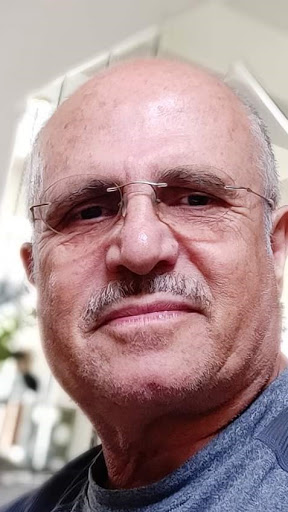